Home / Products and Information / Does OSHA permit Rope Rescuers to use a Seat-Only Harness? | Part 2

If the majority of your rescue operations are in an industrial or confined space environment, choosing a full body harness that meets ANSI Z359 and/or NFPA 1983 Class 3 requirements, with lots of metal D rings for rescue, might be preferred.[dt_divider style=”thin” /] 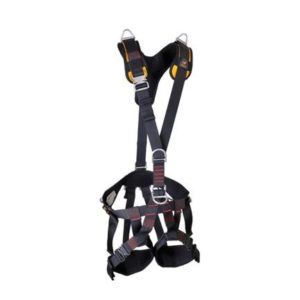 This will enable you to better utilize the same sorts of industrial fall protection equipment used in these types of workplaces.  This, incidentally, is why you see many urban municipal fire departments using full-body, industrial-type harnesses for rescue – most of their responses are to those kinds of workplaces, and they generally can drive their truck to within a short distance of the subject. We will talk about standards in a moment, but typically this is what we refer to as an NFPA Class III harness. These will typically weigh somewhere in the neighborhood of 6 pounds, and cost around $300-500 and upward, depending on features. 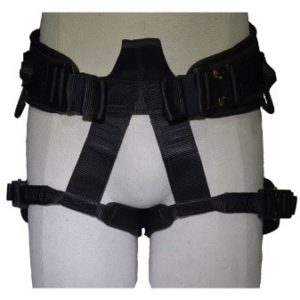 On the other hand, if you are a fire department with relatively few industrial callouts, but mainly working in the urban-interface of parks with cliff faces, car-over-the-edge, or similar areas, a full body harness is probably overkill – especially if you need greater agility. In this case you might more appropriately consider a Seat Harness, such as an NFPA Class II or an ASTM 1772 harness. You’ll find these weighing in at 2-4 pounds and at a cost around $200-300, again depending on features. 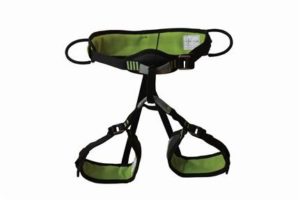 However, if the majority of your rescue operations are in a mountain or wilderness environment, you are likely much better served to consider choosing something akin to a climbing harness, but with more padding and adjustability. Most importantly, you will probably want to avoid metal D rings (and the alignment challenges they present) so that you can better utilize the same sorts of mountaineering equipment used in such environments and so that it is not too heavy. This is why you see so many rural, wilderness, or backcountry rescue teams using climbing style seat harnesses for safety – because most of their responses are to mountain environments where this type of gear is most appropriate – and they often have to carry gear a great distance. These might meet ASTM 1772 or a European equivalent standard will weigh around 1 pound, and can often be purchased for under $100.

Each of these types of harnesses is perfectly safe and appropriate for working at height, in suspension, but their different features make them more appropriate to different applications. Kind of the same reason we don’t wear turnout boots or bunker gear in the backcountry. Trying to use industrial rescue equipment in wilderness environments would make about as much sense as trying to use wilderness rescue equipment in industrial environments. Although there may be some crossover with a limited range of equipment, the criteria for choosing is quite different.